Rediscovered in the 18th century just outside Herculaneum on the Mediterranean coast, the Villa of the Papyri was buried along with Pompeii when Vesuvius erupted in AD 79. A private house with no other buildings to restrict its view of the volcano and sea view, its initial construction dates to circa 40-25 BC. However, overlapping layers of artwork indicate that it has undergone two phases of redecoration. Evidence of unfinished paintings and artists’ scaffolding indicates that the second round of renovations was underway when the eruption occurred. 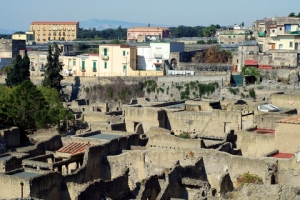 The villa’s ownership remains a mystery, but different artifacts indicate that it was once a luxury villa occupied by influential individuals. In fact, some believe that it belonged to Julius Caesar’s father-in-law Lucius Calpurnius Piso Caesoninus. Regardless, the villa has inspired different architects across the world, including those working with J. Paul Getty while constructing the Getty Villa in the 1970s.

The front side of the villa is estimated to be 250 meters long, stretched on the coastline of what is currently known as the Gulf of Naples. As for its layout, it remains loyal to the fundamental structural and architectural aspects of the suburban villas in Pompeii. For instance, the atrium acts as an entrance hall and a point of communication with different parts of the home. In addition, the first peristyle had 10 columns on each side as well as a swimming bath in the center.

A few hundred meters from the nearest house in Herculaneum, the Villa of the Papyri had four levels which were defined by a series of terraces. The living and reception spaces were grouped around these terraces, ensuring that the villa’s occupants received ample sunlight and viewed both the sea and countryside. Similarly, the grounds comprises of large areas of covered and uncovered gardens which offered shade and warmth respectively.

However, the most important excavations targeted the library established by the house’s owner. Archeologists believe that the library contained the works of Epicurean Philodemus of Gàdara despite the lack of evidence confirming this fact. The scrolls in the library are heavily charred, but are preserved since the ash transformed them into harder tuff. To avoid compromising the fragility of the scrolls, digital multi-spectral imaging methods are being used to read them.

Complementing these structures and living spaces was a large collection of artworks. The villa was uncovered with 80 high quality sculptures such as the Seated Hermes. In addition, the atrium’s bowl was surrounded with 11 fountain statues of Satyrs and Amorini pouring water. Now, most of these pieces are conserved at the Naples National Archeological Museum.

Aside from its architecture and treasure of artwork, what truly makes the Villa of the Papyri stand out is that it reflects the changes occurring in the socio-economic front. Everything within it combines the Roman and Greek architecture and art. It also indicates that its occupants could fully immerse themselves in a contemplative life. As a result, the suburban villa is considered an excellent example of the emerging lifestyle of educated pleasure and the integration of social rank with private lives.

However, it may be long before the remaining 2,800 square meters of this villa are excavated, especially since the Italian government is enforcing a conservation policy that aims to protect what hasn’t been uncovered. Luckily, there are people such as David Woodley Packard willing to fund the excavations once given the chance. Therefore, if the government decides to change its stance, consensus decision is the Villa of the Papyri will make its way to the surface again. 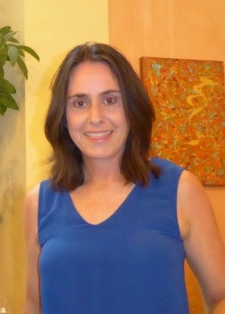